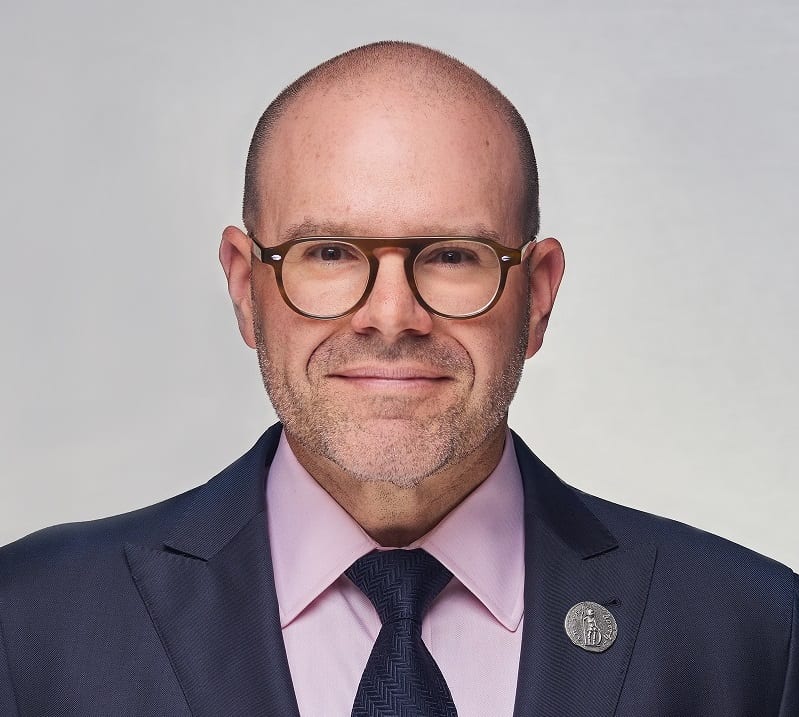 As CEO and Founder, Joshua is the steward of the firm’s financial management products and services, offered through more than 100 offices and over 265 advisors nationwide.

Arete Wealth is a full-service FINRA and NFA Member Broker-Dealer, Registered Investment Advisor (RIA), and Insurance firm focusing on wealth management for high-net worth individuals and institutions, alternative investment access, venture capital, and private equity programs. The firm has boasted year-over-year revenue growth every year under Joshua’s tenure since he founded the company in 2007.

Early in Joshua’s career, he was accepted and about to attend Georgetown University Law Center but instead decided to defer and accepted an offer to join the newly formed research & development lab Walker Digital in Stamford, CT to pursue e-commerce innovation. There, along with founder Jay Walker, he co-invented several patents, including the “name your own price” e-commerce patents behind Priceline.com. His inventor career took a turn towards financial services when he rose in the ranks of a brokerage firm on Wall Street, then American Express Financial Advisors, which spun off to become Ameriprise Financial. From New York City, he relocated to Washington DC and then moved on to Chicago, where both he and his firm are based today.

Joshua’s industry affiliations thus far include his landslide election victory in the fall of 2015 when he was elected to represent all 3,600 small broker-dealers across the country on the Financial Industry Regulatory Authority’s National Adjudicatory Council (NAC). During his 3-year term on the NAC, Joshua was a fierce advocate for investor protection but balanced with combating regulatory overreach.

In his expanded business and community works, Joshua has served on the Board of the Chicago chapter of the Young Presidents’ Organization (YPO), is a member of the Economic Club of Chicago, has previously served on the Board of Illinois Humanities, and currently serves as an Elected Trustee of the Museum of Contemporary Art Chicago.

Joshua is a graduate of St. John’s College in Annapolis, Maryland, where he has served multiple terms as an Elected Member of the College’s Board of Visitors and Governors with oversight of the College’s Finance, Investment, and Audit committees. He has previously taught Entrepreneurship classes at both of the College’s Annapolis and Sante Fe campuses.

Joshua finds energy to lead an accomplished professional career by balancing it with his personal interests. He is often seeking adventure with his two children, Camille and Jackson, as they explore new global travel destinations. He is also a voracious reader, a published writer, an art collector, loves golf and all racquet sports, and enjoys off-road adventure motorcycling.

“Do not delay. The difference between greatness and mediocrity is not putting off what can be done today for tomorrow.” 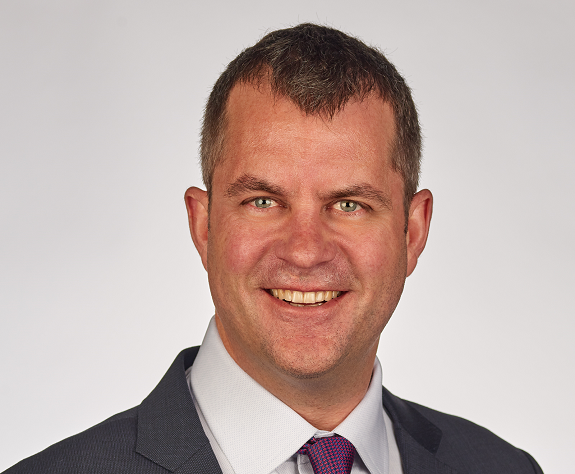 David Hock comes to Arete Wealth Management with 16 years of experience in the financial services industry. His fascination with the complexity of the markets and building profits through in-depth analysis led him to the independent broker-dealer and RIA niche, where he developed expertise in financial planning and investment products, as well as an interest in private placements. Working in private placements, David notes, allows him to “work closely with the management of companies,” providing access to and understanding of a company’s inner workings in ways that a simple stock purchase does not.

David is Arete’s Chief Operating Officer and Financial Operations Principal. His focus is on product structure and development, due diligence and operations management. He has served in similar capacities throughout his career at independent Broker Dealer and Registered Investment Advisory firms.

Personal
When David is not helping to run Arete, his main hobby is fly fishing – which has taken him throughout the Western United States, and countries around the globe. He lives in Lake Oswego, Oregon (outside Portland) with his wife and two children.

David holds a Bachelor’s of Science degree in Quantitative Economics and Decision Science from the University of California, San Diego. He also holds a FINRA securities licenses Series 4,7, 24,27,63 and 65. 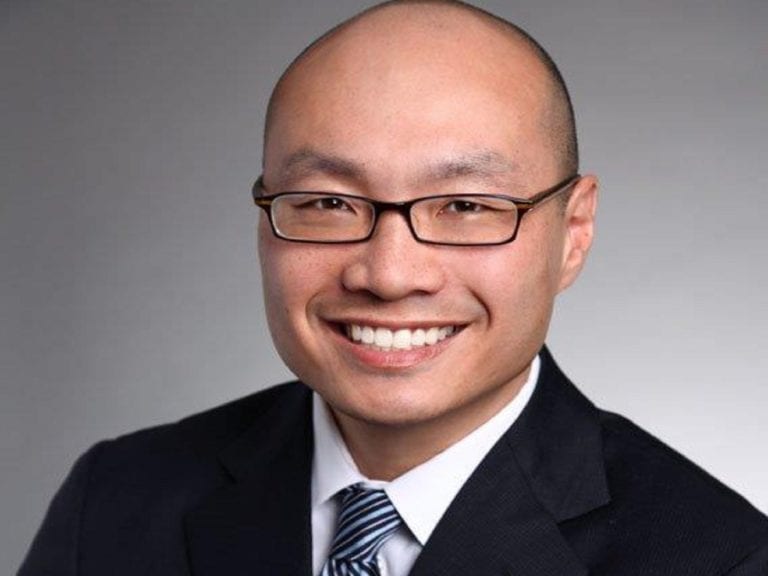 Before joining Arete in 2013, UnBo (Bob) Chung was Senior Regional Counsel for the Financial Industry Regulatory Authority (FINRA) for nearly a decade. While with FINRA, Bob investigated hundreds of cases and brought over 150 enforcement actions against firms and individuals for violations of FINRA Rules and Federal Securities Laws. Prior to FINRA, Bob was a prosecutor in Chicago specializing in complex financial crimes and government corruption. He has never lost a criminal trial or a FINRA enforcement hearing.

As Arete’s General Counsel, he ensures the firm is fully compliant with the securities industry’s myriad rules, laws and regulations. Bob received his B.A. from Oberlin College and his J.D. from Loyola-Chicago School of Law. He received a second law degree, a LL.M., in Financial Services Law from the IIT/Chicago-Kent College of Law. He also holds FINRA securities licenses Series 7, 24, and 66. 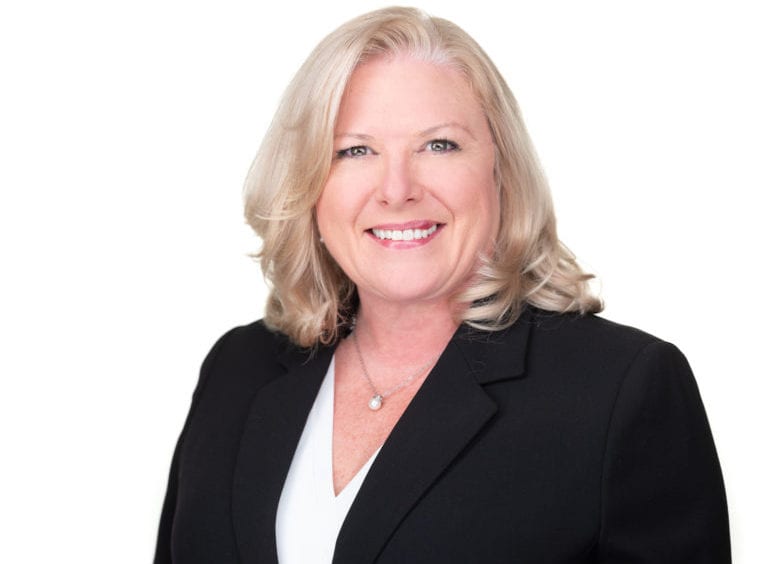 Heidi was hired as one Arete’s first employees. After filling many critical roles in both Finance and Operations, Heidi now leads the Operations Team at Arete Wealth as Senior Vice President, Operations.

Bringing over 30 years of experience, Heidi oversees trading, billing, and human resources. One of her first tasks was implementing a massive technology uplift, implementing custom-built systems to better fit the needs of Arete Wealth financial advisors. Heidi leads a highly efficient, solution-focused team and continues to work closely with the other executives to ensure financial advisors and their clients receive top-tier services.

Prior to Arete, Heidi proved her impressive management skills in various industries including hospitality, food service, and veterinary medicine. In those previous positions, she strategized and implemented business and operational improvement plans for both large and small companies. 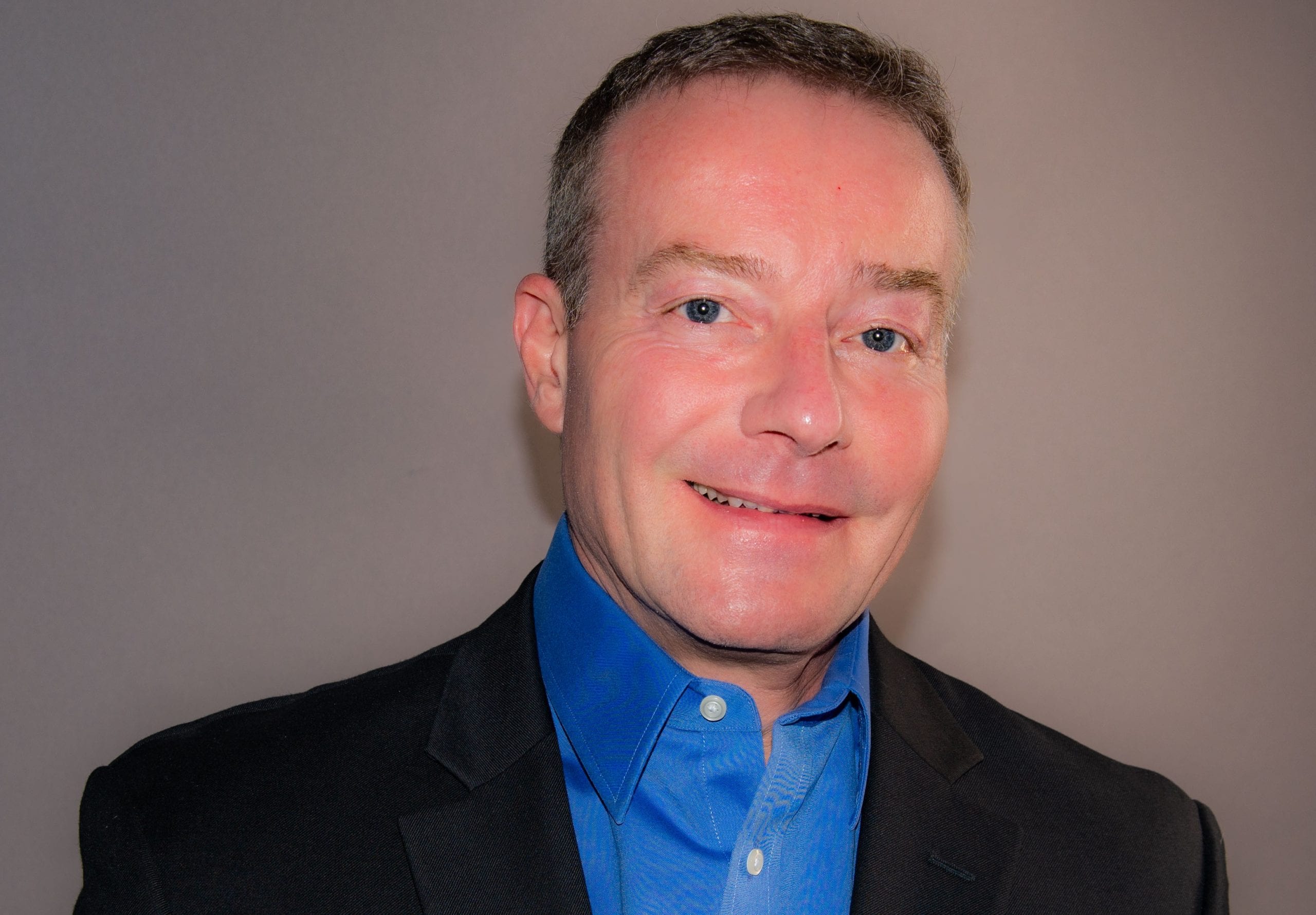 J.R. Thacker has worked in the financial services industry since 1996. He started his career as an agent and registered representative for a major company. Within a few years, he founded his own firm, specializing in retirement planning for individuals with offices in three cities. His unique approach to retirement investing proved popular and his firm was voted “Best Financial Planner” 7 years in a row by readers of the area newspaper.

In 2008, he took over as president of Center Street Securities, a securities broker dealer based in Nashville, TN and helped grow the firm to span over 30 states. In 2021, J.R. and his firm joined the ranks of Arete Wealth, he assumed an executive position of Senior Vice President, Business Development for Arete Wealth.

J.R. has received numerous awards for his work in the financial field and his articles frequently appear in financial industry publications.  He is also the author of “Index Interest – The Missing Asset Class” and is a regular speaker at national training events for financial advisors. 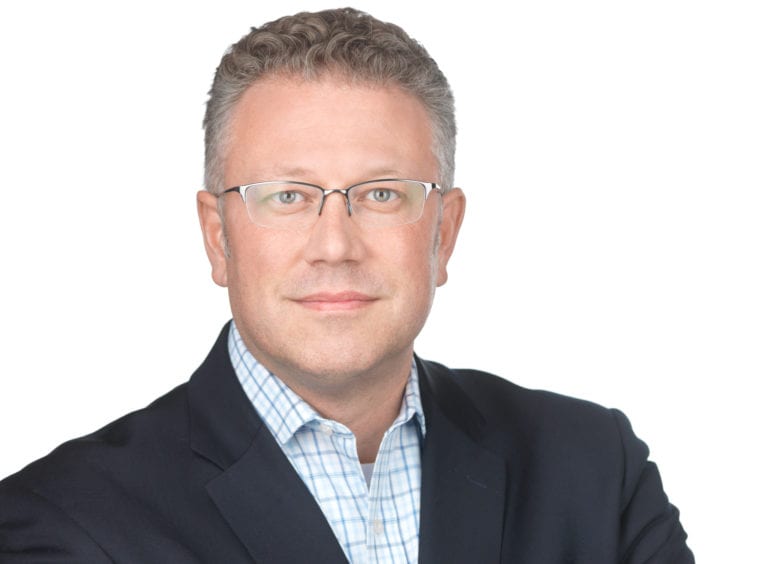 Karlton Kleis is a Founder and Partner of Insight Wealth Group. Karlton received a degree in accounting from Northwestern College and an MBA from the University of Iowa with an emphasis in structured finance. He began his career as an auditor in the health care field, but soon moved to work at a Top 100 Independent Financial Advisory firm. As the firm grew, he served in several management positions, including Controller and Chief Operating Officer of the firm.

Karlton has also been instrumental in the start-up of numerous financial services companies, including a broker/dealer and a third party administration firm. He has spent the last several years as an investment banker with a team of industry professionals both identifying and creating investment opportunities for high net worth investors. He is a member of the investment committee and serves as Due Diligence Officer for the broker/dealer, Arete Wealth Management.

Personal
Karlton and his wife, Allison, live outside Grimes, Iowa with their three children, Emerson, Griffin and Greer. In his spare time, Karlton serves on the Board of Directors of the Mercy Foundation and enjoys spending time at the ball field watching his children play softball and baseball. 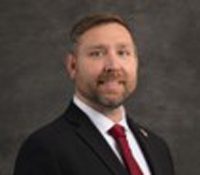 Casey Cotton comes to Arete Wealth with over 20 years of experience with the last 14 years being spent in the financial services industry. He has served in a similar capacity throughout his career at an independent Broker Dealer, Registered Investment Advisory firm, and Insurance Field Marketing Organization. As an expert in the design and delivery of cost-effective, high-performance technology solutions in support of rapid growth, Casey is an integral member of the Executive Team and a business partner building team-centered operating units, with excellent business process and strategy development skills.

He holds various technology certificates, carries his series 7, California Health & Life License and has received distinguished awards to include: 2018 Top Tech Execs San Diego Lifetime Achievement Honoree, 2013 Top Tech Exec San Diego Honoree in the Private Medium category, and has also served as a Top Tech Exec San Diego judge and on the Advisory Board. Casey was also highly involved in the Financial Services Institute, a nationally recognized industry organization representing Independent Broker Dealers in Washington DC by serving on both the Operations/Technology Council and Cybersecurity taskforce as Chairman.

Casey earned his B.A. in Business Communications from Concordia University of  Wisconsin.  Serving our country in the United States Marine Corps, Casey was awarded the Navy Unit Commendation and the Meritorious Unit Commendation medals for superior work performance and ethics. Casey currently lives in San Diego, California with his wife, and his two boys. He enjoys volunteering in the community teaching youth leadership skills and core values – Accountability, Community, Humility, Integrity, Meritocracy, and Respect. 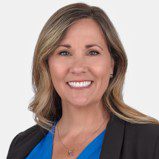 Leanne was welcomed to the firm in April 2022.  Leanne has spent the bulk of her career in the hospitality sector in such Industry leaders as Landry’s Restaurants and Bass Pro Shops; rising to Vice President of Training and Development before coming to Arete Wealth. Working with such high-profile brands lead to Leanne’s understanding of great marketing tactics as the key to brand recognition and company growth.  Leanne is sure to continue our legacy of excellence and integrity as she supports our advisors who support their clients.

Leanne is a true Illinois native having graduated from Illinois State University with a degree in English Education.  She still lives in the suburbs with her husband and two teenagers. Leanne fills her off-work hours as the high-school Athletic Boosters Treasurer and Dance Mom. 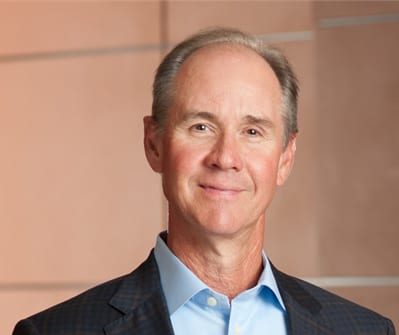 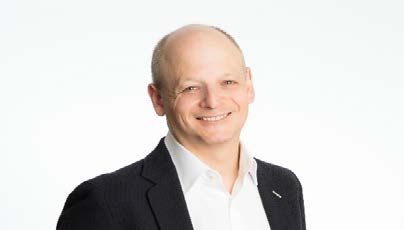 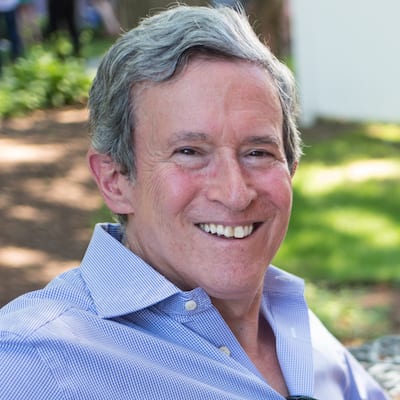 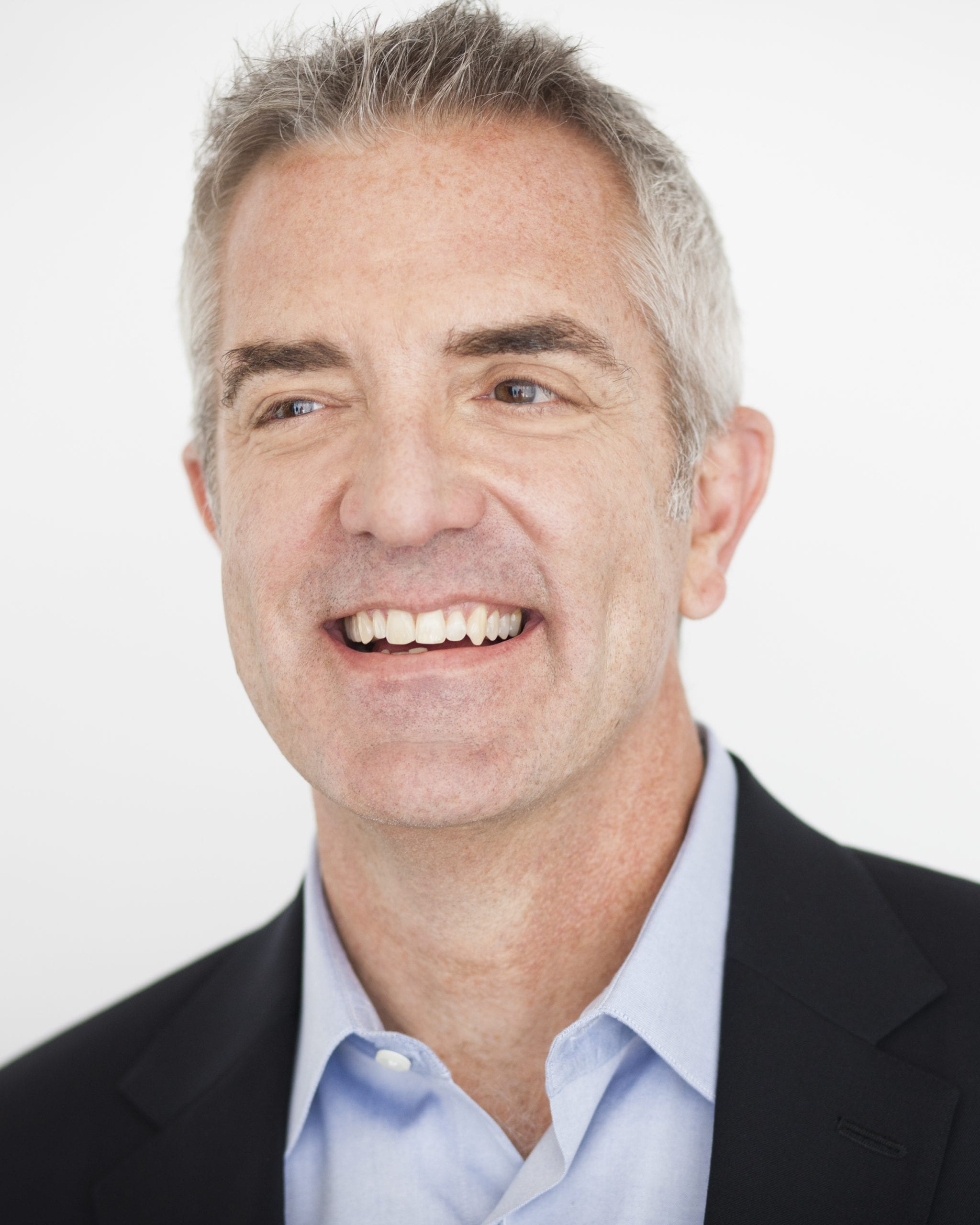 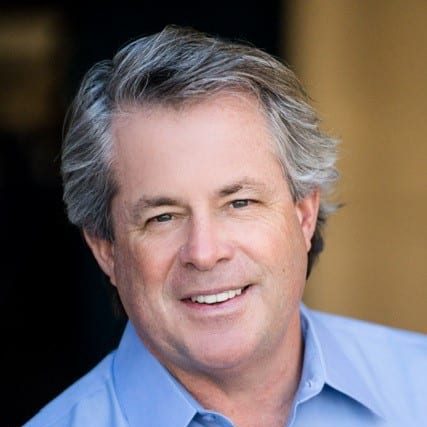