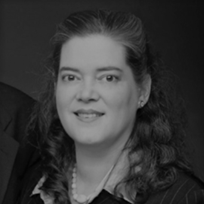 Germaine Broussard is an Arete Wealth Management Financial Advisor, Financial Planning Specialist and Portfolio Manager. Germaine focuses on Life-Planning for persons in and near retirement and presents a seminar addressing the issues faced by almost everyone, such as caring for an elderly parent, raising grandchildren, death of a spouse, estate planning strategies, trusts and other issues that require attention. She has worked in the financial securities industry since 1993, and has lived in Northern Virginia for over 25 years.

Ms. Broussard is the Founder/President of TroopTreats, a 501(c)3 non-profit charity. She started by baking cookies for troops stationed in harm’s way, earning her the name “The Cookie Lady” among troops stationed around the world. Since 2003, Trooptreats.com has provided packages of necessities to our military personnel in war zones and motorized wheel chairs to veterans in need here at home.

Germaine is Regional Vice President of the American Political Items Collectors (APIC) and is also the Graphics Editor for The Keynoter, the APIC’s quarterly journal of political history. Ms. Broussard was primarily responsible for the publication of the Keynoter’s special issue on the history and artifacts of the woman suffrage/Votes for Women movement, now used in a number of women’s studies courses around the country. Recognizing her 25 years of service as Graphics Editor, she received the APIC’s Lifetime Achievement Award at their national convention in 2018. She was also the Vice President of the English-Speaking Union’s DC branch for 3 years, during which she was an organizer and producer of ESU’s annual high school Shakespeare competition.

For her volunteer service, Ms. Broussard has received recognition and numerous awards and commendations over the years from military and civilian leaders. In 2011, she received the Investment News/Invest in Others national “Volunteer of the Year” Award for the financial industry. She also received the 2011 Volunteer of the Year Award from the Fairfax County Board of Supervisors and was named Fairfax County’s Lady Fairfax for the Providence District.