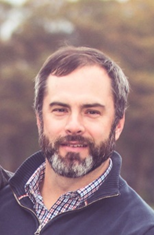 Tucker Bixby, a New England native, started in the financial services business in 1999 in Washington, DC at American Express Financial Advisors (AEFA, now Ameriprise Financial). While at AEFA, Tucker quickly rose to the top of his area office and was recognized for his outstanding quality of advice and client service.

In 2002 Tucker moved home to New England to take a job in leadership at AEFA. He earned the firm’s Leadership Award for four straight years, and his office remained in the top 10 for productivity, growth and retention, compliance and client service over the following 5 years.

Taking advantage of an opportunity to focus more on veteran advisor leadership and client service, Tucker moved to Baystate Financial Services in downtown Boston in 2007. While at Baystate, he became increasingly aware of the advantages that small, privately-held firms can provide for both advisors and clients.

It is Tucker’s commitment to excellent client service and his deep knowledge of the business that compelled Arete Wealth Management to recruit him.

When Josh Rogers called to talk to him about Arete Wealth Management, Tucker decided that independence was best for both himself and his clients, and made the decision to open up the Boston office in May 2008.

After being raised in New England, Tucker decided to head south for college, and attended Washington & Lee University in Lexington, VA, where he earned a BA in English. When not in the office, Tucker can usually be found on the water, as he is an avid fisherman.