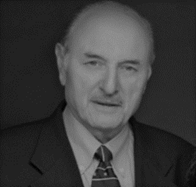 Robert Fratkin is a graduate of the University Of Southern California School Of International Relations. Mr. Fratkin has been a Financial Advisor since 1972, Portfolio Manager as of 1980 and Senior Portfolio Manager since 1994. He is a market strategist and speaker on financial topics. Mr. Fratkin has been quoted on retirement planning and pension portability in the Wall Street Journal and has appeared on the national CBS Evening News, C-SPAN, and local television and radio programs across the United States and in Europe. He has been quoted in numerous publications, including the New York Times, Washington Post, International Herald Tribune, the Nikkei newspapers in Japan, Newsweek, Business Week, U.S. News and World Report, and Pronto (Japanese Business magazine).

Mr. Fratkin worked in the Executive Office of the President during the Johnson Presidency. He pursues an avid interest in American history, with particular emphasis on the political campaign process. He is the author of numerous articles on political campaign history, including a chapter for the two-volume “Running for President” edited by Arthur Schlesinger, Jr., published by Simon & Schuster.

Robert is active in several 501(c)3 charitable and educational organizations, including being past President of The English Speaking Union (Washington D.C.), and past President of The American Political Items Collectors. He is currently the Treasurer of Trooptreats.com, providing essential needs for military personnel in war zones and motorized wheelchairs for veterans in need here at home. He is also Executive Editor of The Keynoter, a quarterly journal of American political campaign history.